History of the Department

The History and Civics Department was created by the State Board of Education on July 14, 1899 with Principal Dwight B. Waldo teaching both history and civics. Classes originally taught included History of England, History of the United States, History of Greece and Mediaeval and Modern European History. The first female professor in the department was Catherine Maxwell, who taught from 1904 until her death in 1918. With with coming of Lew Allen Chase in 1919, there was an infusion of research and publications. He was one of the best-known professors in the department from the early days. Chase remained department head until retirement in 1944.

The boom years of the 1960s brought changes. In 1962, the Department of History and Social Sciences was split up and the History Department became independent. The increased enrollment of these years caused a need for additional faculty to handle the large sections. Beginning in the mid-1960s, the number of faculty substantially increased. Faculty were hired to cover various geographical areas of history: Asia, Americas, United States, African, European, Middle East and others. The new faculty published more than in the past. 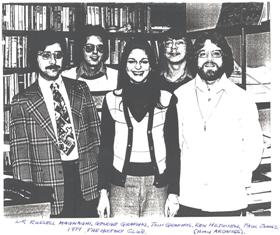 A number of organizations and a publication have been developed sine 1969. In May 1969, the Omicron Mu chapter of Phi Alpha Theta was formed on campus. In the early 1970s, an NMU History Club was formed which ran in competition with Phi Alpha Theta. By the late 1990s, the latter organization dominated the scene. The journal The Round Table was published (1991-1993). It not only provided an outlet for student and faculty publications, but it also allowed students the opportunity to try their hands at publishing. In 1998, the NMU History Association was established by a group of enthusiastic students.

In the late 1980s, the department, in cooperation with the Michigan Bureau of History, developed a living history program at Fort Wilkins State Park Complex in Copper Harbor. 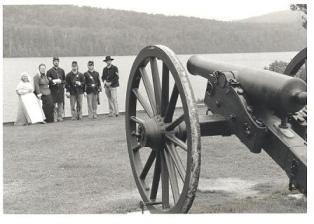 This has been a successful enterprise. In conjunction with this program, the department has also created internships to provide students with hands-on experience.

From the 1960s until 1994, the department had a master's program. In June 1967, Jim Carter, formerly of Communications and Marketing, received the first graduate degree in a straight history curriculum. In May, 1985, a Military and International Services Masters Program was established. The idea was to capitalize on the officers at K.I. Sawyer Air Force Base who would come into the program. Due to inadequate funding the program was suspended. The department approved a minor in Public History in 1999. During the Winter Break of the 2004-2005 academic year, the department was moved from Magers Hall to the Cohodas building.  During the summer of 2016 the department moved to its current location in Gries Hall.

Since that time, the NMU History Department has employed a wide range of professors and faculty, and continues to work toward improving history at NMU and the instruction students receive.