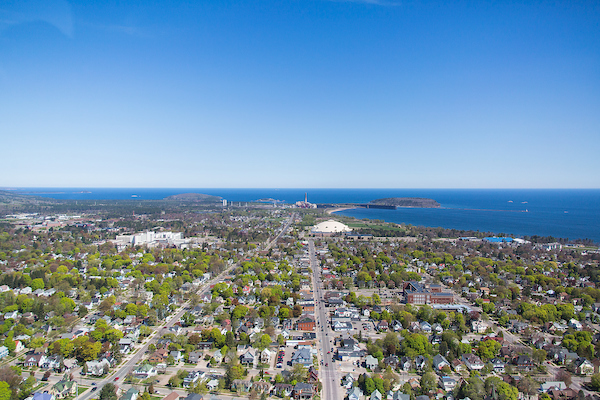 Northern Michigan University’s physical campus is made up of more than 50 facilities. It is located just minutes from the shores of Lake Superior and downtown Marquette, Mich. View the campus map here.

The campus’s main quad, or academic mall as it is called at NMU, consists of the Harden Hall and Olson Library, Jamrich Hall, the Seaborg Science Complex and the Hedgcock Student Service Center. The arts plaza is right down the sidewalk from Jamrich and includes the Forest Roberts Theatre, Thomas Fine Arts and McClintock buildings. The other main academic facilities are the Art and Design building, Whitman Hall and the Jacobetti Complex.

There are nine residential areas on the campus. The campus also features several high-end specialty labs, two art galleries, two on-campus radio stations, a public TV station, the Northern Center with the Barnes and Noble College bookstore, and one of the premier sports complexes of the Midwest, which includes the Superior Dome – the largest wooden dome in the world.

Northern also has the largest private educational LTE network in the United States. NMU's LTE network has much broader access than it's WiFi network, meaning that you can connect to the NMU network from more places off campus than ever before.

Come see it all for yourself!