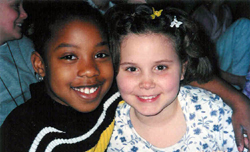 In 1995, Northern Michigan University determined it would authorize public school academies (PSA). At one time, NMU contracted with six PSAs. Currently, there are ten charters, following the closure of the Oasis Academy in 2002. It must be noted that it is not the responsibility of the university to administer the schools, but instead to contract with the PSA for oversight purposes per Public Act 362 of 1993. The university appoints a charter schools officer to perform the oversight functions as needed. NMU is not seeking any additional charter applications at this time.  The State of Michigan determines the number of charter schools allowed to operate.

Each PSA has its own unique history, geography and demographics in order to prosper as a charter school of NMU. A very brief history of each school follows. More information about each PSA can be found on each school's Web site.