The NMU Board of Trustees today approved a $108 million general fund operating budget for 2015-16, an increase of about $400,000 or 0.4 percent from the previous year. The budget factors in increased expenses related to contractual obligations, health care costs, minimum wage increases and other inflationary costs. Most of those will be offset by cost-saving reductions realized through restructuring and operational adjustments. For this and other action from today's meeting, read the Full Story. 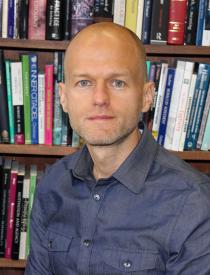 Moral responsibility has been defined as accurately placed blame or praise connected to moral obligations. For example, if you determine it is appropriate to be angry with a friend who fails to fulfill her promise of watering your plants while you are out of town, you are holding her morally responsible for that behavior. Zac Cogley (Philosophy) is taking a novel, interdisciplinary approach to researching “reactive attitudes” such as anger. As the new Peter White Scholar at NMU, he will continue work on a book-length monograph titled Anger is a Gift: How Psychology and Ethics Illuminate Moral Responsibility.

“I think anger is underappreciated in the United States,” Cogley said. “A lot of messages point to anger always being bad. For example, if you’ve been treated poorly on the job, you should just suck it up. But anger is often connected to standing up for yourself and doing the right thing. Some of my other work has focused on how to be angry virtuously. This is a longstanding tradition in feminist philosophy and in the philosophy of race—the role of anger in standing up against oppression. My current research focuses on our emotional responses to wrongdoing. Rather than engage in armchair speculation, I incorporate relevant psychological, biological and sociological research on anger. Any adequate theory of moral responsibility must pull from the empirical sciences as well.” Full Story 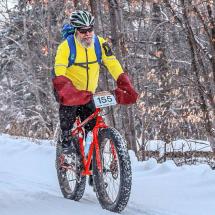 Mountain biking emerged a fringe sport in the 1970s, when adrenaline-fueled California cyclists began modifying their rides with fatter, knobby tires and suspension systems to absorb the jarring impact of rough terrain. It has spread to communities worldwide and become a recreational outlet embraced by cyclists of various ages and skill levels.

Marquette’s trails have received recognition from Bike magazine and USA Today, among others. Scott Jordan (Health and Human Performance) is an avid participant in the sport. He recently completed a grant-funded study of the social capital—community relationships—that led to the development and maintenance of the area’s mountain biking ecotourism industry. Full Story

CAMPUS, Email Lists Phasing Out; New Intranet in the Works

Effective this fall, internal communication that typically would be transmitted by individuals via campus-wide emails to employee group lists will be consolidated into a new intranet communication vehicle distributed more frequently. Northern Net will include the type of content found regularly in this faculty-staff newsletter: news and feature stories, achievements, employee profiles and personnel changes. It also will highlight upcoming events and deadlines, announcements, questions and answers about the university, classified ads, scholarly activity and more. The goals are to decrease the number of emails received each day, while still providing a way to share information. Full Story 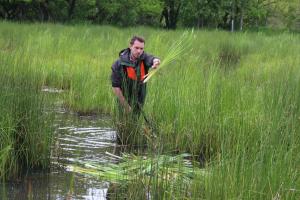 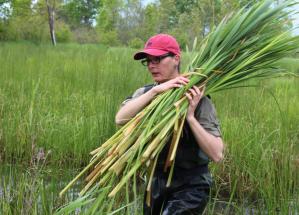 NMU biology students outfitted with waders and manual hedge trimmers trudged through the Presque Isle Bog last month, cutting invasive narrow-leaved cattails at their base to waterlog them. Others collected the residual clippings floating on the surface and carried them away for proper disposal. The goal is to restore a portion of the bog as a forested wetland. The student interns spent six weeks working throughout the region as part of a broader central U.P. invasive plant prevention and control effort involving the Alger and Marquette County Conservation Districts. Full Story 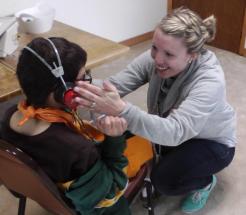 Three NMU students recently volunteered a day to conduct hearing screenings for more than 130 youth at Bay Cliff Health Camp. They gained valuable experience interacting with children ages 3-17 who have a variety of physical and communication challenges. Lori Nelson (Speech, Language and Hearing Sciences) said the students had previous experience using portable audiometers. In advance of the Bay Cliff session, they also were trained in two different screening procedures: one for older children and one for preschool kids who have more difficulty understanding the concept of when to raise their hands in response to an audible tone. Full Story 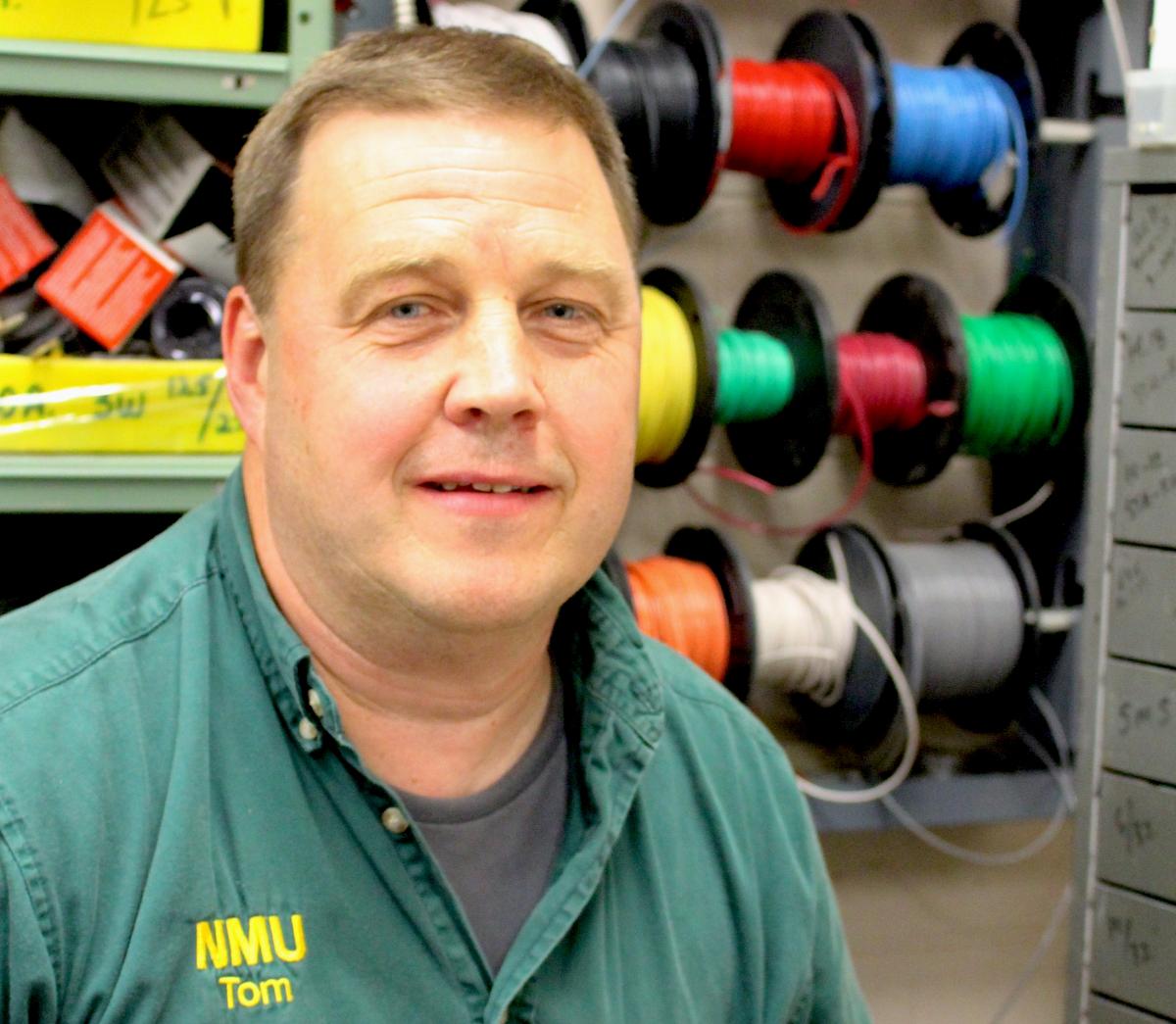 Tom Olson (Plant Operations) is in his 23rd year as an electrician at NMU. He is one of three on staff who keep campus facilities and streetlights illuminated, help the HVAC technicians keep motors and pumps running properly, work with broadcast and telecom staff on some of their equipment and provide temporary power for special events. Olson vividly recalls an emergency request to run power from the Superior Dome to a CNN satellite truck when its generator died just before a live broadcast of President Barack Obama’s campus visit. A thank-you note from the network is still attached to the bulletin board in his work area.

A Marquette native, Olson developed a love of construction and carpentry from his dad, who was a homebuilder. But his dad had a friend who was an electrical contractor and conversations about that line of work prompted Olson to pursue the trade himself. After completing his apprenticeship, he embarked on a 16-year career with Local 1070 of the International Brotherhood of Electrical Workers. Full Story