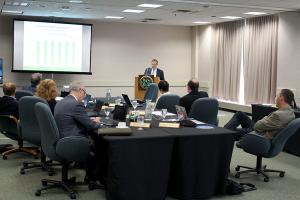 The Northern Michigan University Board of Trustees today approved a 2015-16 tuition and fees schedule. The annual cost for full-time resident undergraduates will be $9,680, an increase of $149 per semester—or 3.2 percent—from last year’s rate of $9,383. NMU will maintain its longtime rank as having the second-lowest tuition and fees among Michigan’s public universities and the lowest in the Upper Peninsula. Northern’s rate adheres to the tuition restraint language in the higher education budget signed Wednesday by the governor.

The board also voted to increase graduate tuition, which ranked lowest in the state. Resident graduate students will pay $474 per credit hour, an increase of $33. Full Story. 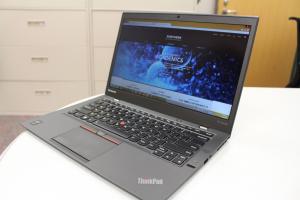 Northern will convert to a new LTE network for wireless broadband, effective in early August. WiMAX will continue to operate for another two years until the final model of laptops equipped with its built-in adapters cycle out of use according to the university’s replacement schedule. NMU also will begin distributing a higher-end laptop with integrated LTE technology: the fourth generation Lenovo Thinkpad X1 Carbon (pictured). Full Story

NMU’s use of wireless display technology throughout Jamrich Hall was one of five finalists in the “campus impact” category of the national AMX Innovation Awards. The awards ceremony was held Monday in Orlando at UBTech, the annual University Business conference focused on technology innovation and leadership in higher education. Eric Smith (Broadcast and AV Services) and Dave Maki (IT and Technical Services) attended. NMU did not win the category, but Smith said Jamrich Hall represents arguably one of the most innovative uses of wireless display technology, which complements traditional hardware-based switching and control systems. Faculty can display documents, photos, audio and video content at any time and in any room. Full Story 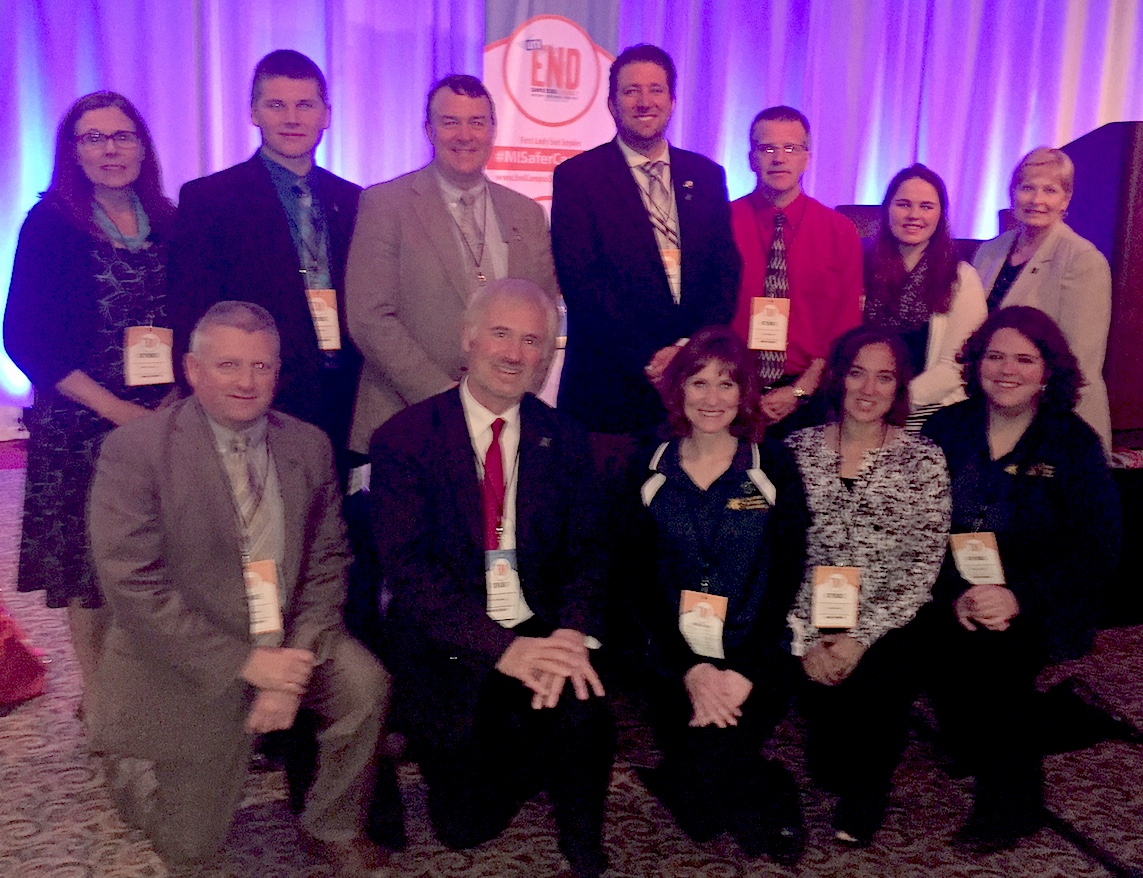 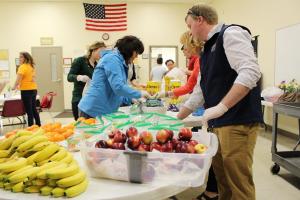 Cat Packs, an NMU-initiated program that provides weekend meals to North Star Academy students from financially challenged families, wrapped up a successful pilot last week. Fifty K-12 students picked up food bags from the school office each Friday over the last few months of the semester. Organizers have initiated a fundraising effort in the hope of fully implementing Cat Packs for the 2015-16 academic year. All money raised will go directly to the cost of groceries divided up and distributed by volunteers.

“After the first week, the principal told us how much the kids were impacted and how grateful they were to receive this support,” said Sara Pingel, a graduate assistant in the Center for Student Enrichment. “There were some tears shed that day. Seeing how emotional she became sharing the students’ reaction was very moving for us and made us excited to continue and do more." Full Story 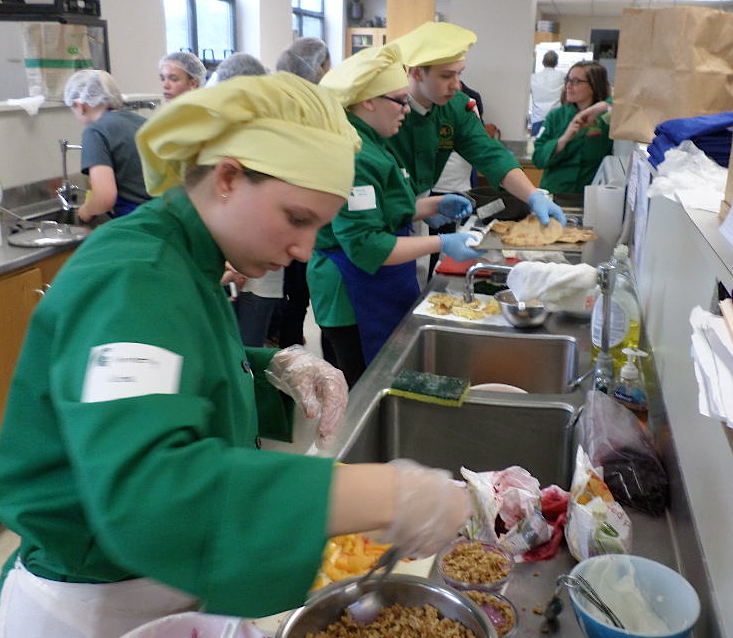 The trio submitted a recipe for a healthy school meal featuring Michigan-grown fare and foods that fall within U.S. Department of Agriculture guidelines. It consisted of the following: Naan (an Indian flatbread) served open face with egg whites, a lime sriracha sauce, wilted fresh spinach, sautéed mushrooms and onions, tomato and crisped-up hashbrowns; and a fruit and yogurt parfait sprinkled with homemade granola.  Full Story 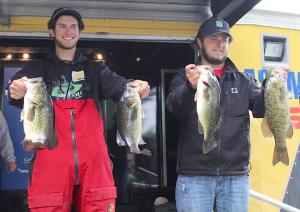 Northern Michigan University students Brandon Bissell of Adrian and Justin Brown of Bear Lake finished first among 82 teams at the 2015 Carhartt Bassmaster College Series Midwestern Regional. The fishing competition was held on the Mississippi River, spanning both Wisconsin and Minnesota waters. The duo took a strategic risk on the final day to secure a come-from-behind victory and a spot in July’s national championship. Their three-day total of 44 pounds, 3 ounces was about 3 pounds more than the second-place team. Full Story 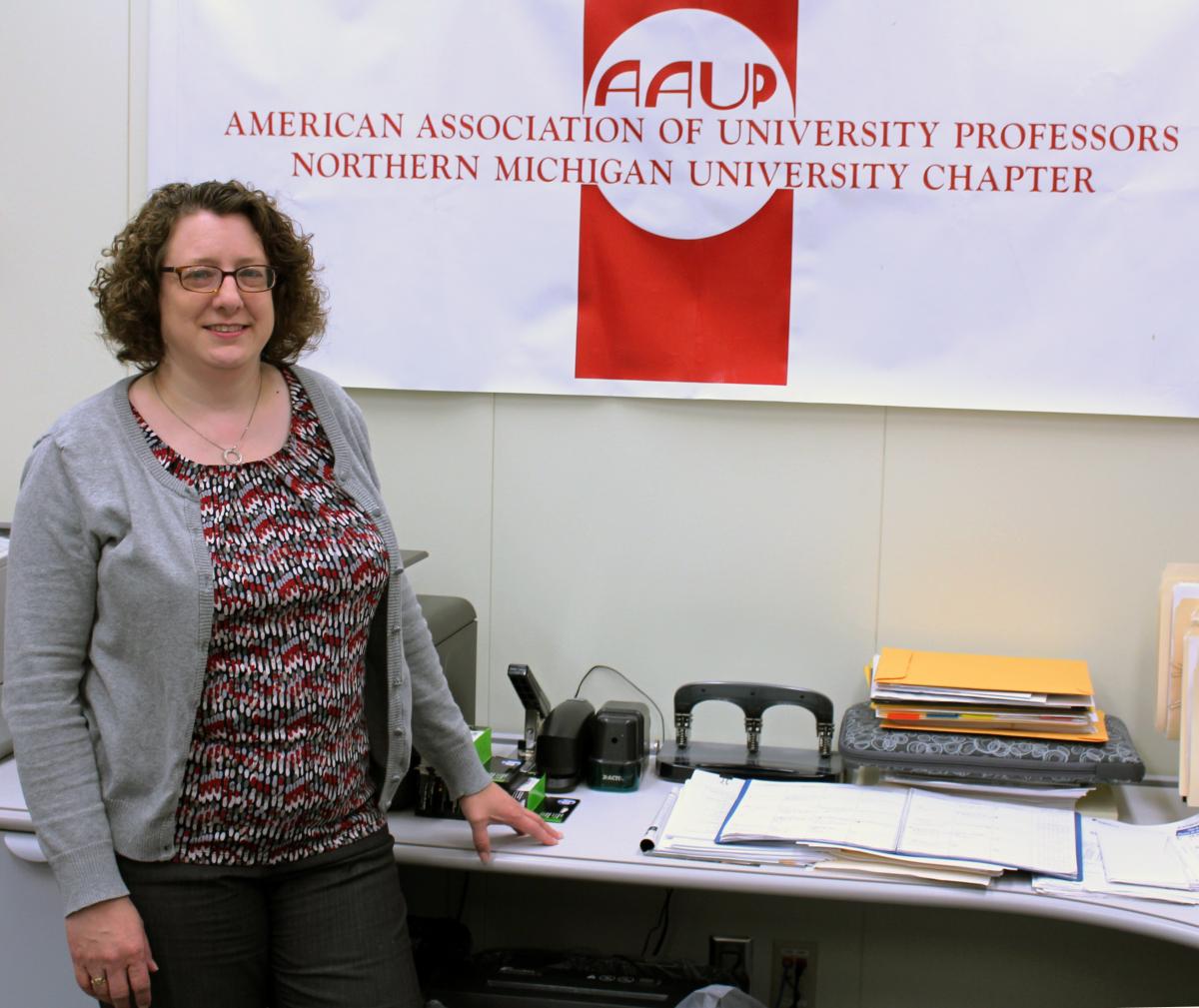 The NMU Board of Trustees today approved the negotiated agreement between the university and the NMU chapter of the American Association of University Professors (AAUP). The new contract takes effect July 1 and runs through June 30, 2020. In her role assisting the AAUP president, Andrea Jordan had mailed out ballots to the union’s membership for a ratification vote, tracked them as they were returned and tallied the results in an official count earlier this month.

Jordan’s duties are shared between NMU's Academic Senate and the AAUP, with services to the latter being paid for by the union. She also serves her own union, Local 1950, as financial officer. Full Story