Please note that, effective with this issue, publications and presentations are included in the "Achievements" section at right. 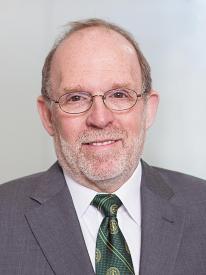 NMU President Fritz Erickson testified Tuesday in Lansing before a joint hearing of Senate and House higher education appropriations subcommittees. The Senate and House will draft their own budget proposals after Gov. Rick Snyder unveiled his executive recommendation earlier this month. The governor’s budget proposal invests an additional 2 percent in state university operations, distributed using a modified version of the existing performance funding formula. NMU would receive a performance increase of 2.1 percent, or $916,000 on top of its operations funding of $44.3 million. Full Story

Michigan’s higher education institutions must play a more central role if the state is to achieve an economic transformation and become a “Top 10” state, according to a report released by Business Leaders for Michigan (BLM). Full Story 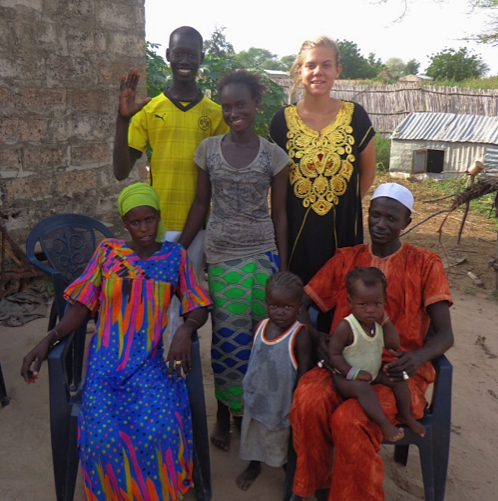 Rachel Harris (Center for Student Enrichment) said she is not surprised that students gravitate toward Peace Corps duty upon their graduation. “It makes sense because NMU is an institution that values and encourages student engagement in and out of the classroom. We are developing community-centered leaders through nationally recognized student development programs like Superior Edge and the Student Leader Fellowship Program. Many students’ experiences prepare them to contribute in a global society. They embrace opportunities to learn, grow and serve.” Full Story 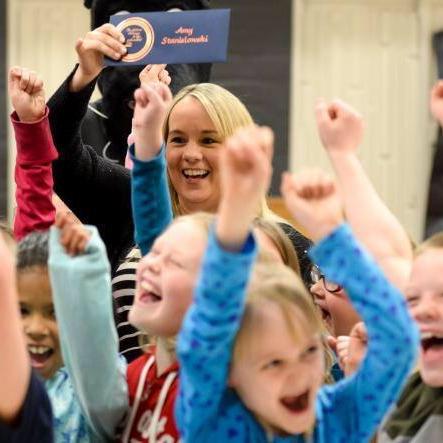 The Milken Educator Award is described as the teaching profession’s equivalent to an Oscar or Grammy. It is the premier recognition for “the true unsung heroes on the frontlines of shaping our future.” NMU alumna and Escanaba native Amy (Beauchamp) Stanislowski is one of 40 educators nationwide honored with an unrestricted $25,000 prize for excellent and innovative instruction. She teaches third grade at Dodge Literacy Magnet Elementary School in Wichita, Kan. Like all Milken recipients, Stanislowski learned of the award during a surprise all-school assembly (pictured). Lisa Dietzen was in kindergarten when she first heard the story of Balto, the black Siberian husky who led a team on the final leg of the 1925 serum run from Anchorage to Nome, Alaska. Balto came to symbolize the heroic efforts of 150 dogs involved in a relay-style delivery of antitoxin desperately needed to combat a diphtheria outbreak. The Iditarod sled dog race in March commemorates the run and Dietzen is determined to compete in the 2017 installment of what is trademarked as the “Last Great Race on Earth.”

“My elementary librarian still remembers that I raised my hand after she read the book and announced that I was going to do that someday,” Dietzen said. “I’m sure she was skeptical at the time. How many 6-year-olds actually go through with what they say about their futures? But I found her email address in 2009 and wrote her a note that said, ‘Guess what I’m doing?’” Full Story 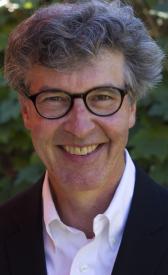 Michael Kaufman, an educator and writer focused on engaging men and boys to promote gender equality and end violence against women, will present “The Gender Equality Advantage” at Northern Michigan University. His talk will be held at 7 p.m. Tuesday, March 10, in the University Center Great Lakes Rooms. It is free and open to the public. The NMU president’s gender working group is sponsoring his visit.

Kaufman will explain how to improve productivity and effectiveness by addressing gender issues in the workplace. He says changing relations between women and men and redefinitions of womanhood and manhood create not only challenges, but also enormous opportunities for everyone to benefit from change. Full Story

The former mail services sorting area on the first floor of Cohodas Hall has been transformed into a call center for the NMU Foundation’s phone-a-thon fundraiser. This marks the return of a campus-based center with NMU students reaching out to alumni. For the previous five years, the function had been handled offsite by RuffaloCODY, a strategic fundraising software and services vendor. Full Story

Marquette County has become the first “Certified Connected Community” in the Upper Peninsula and 11th in the state. The Marquette County Broadband Initiative (MCBI) team worked with Connect Michigan to identify gaps in the local broadband landscape and establish goals for increasing high-speed Internet access, adoption and use. It achieved the new certification through Connected Nation’s Community Engagement Program. Robert Eslinger (Center for Rural Community and Economic Development) represented NMU, one of three organizations leading the MCBI collaboration with Connect Michigan. Full Story 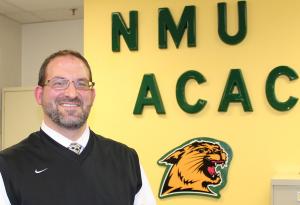 Career and technical education programs have been featured prominently in the governor’s State of the State address and in recent media coverage related to high-demand occupations. As assistant director of the Academic and Career Advisement Center in the Jacobetti Complex, Mark Dellangelo and his staff (Megan DelBello and Lori Marshall) are responsible for promoting Northern’s one- and two-year programs. The bulk of funding for their outreach efforts is provided by the Carl D. Perkins grant, which Dellangelo oversees. Full Story