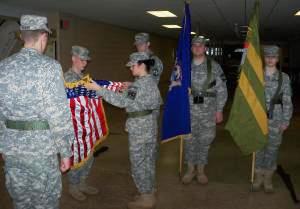 Northern has received notification that its Army Reserve Officer Training Corp (ROTC) program has been removed from the list of programs facing elimination.

In October, NMU was told its 44-year-old program was one of 13 that would be closed as of May 2015.  The Army’s new decision indicates that enrollment and officer commission rates of the 13 programs will monitored for an additional year before any final decisions related to closures are determined. Full Story 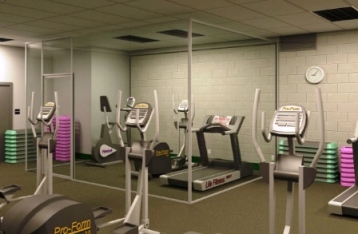 NMU is one of only a handful of universities nationwide to own a hypoxic chamber. The unit was installed this week in an exercise science laboratory in the PEIF. Deceptively simple in its design, the system is capable of producing oxygen-reduced air that simulates altitudes of up to 20,000 feet. Athletes once had to live in or travel to high elevations to achieve boosted red blood cell levels for better oxygen carrying capacity to enhance endurance. A chamber that mimics altitude’s “thin air” serves to potentially enhance oxygen carrying capacity without the travel hassle or expense of living “high.” Scott Drum (HPER) says the system has applications for athletes and mountaineers. It also presents broad research opportunities related to the impact of high altitude on performance, cognition and obesity. Full Story 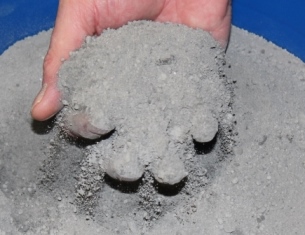 Biomass Wood Ash Put to Use at Area Farm

Northern has found a way to repurpose the wood ash from its biomass facility instead of paying a tipping fee to dispose of it in a landfill. Because wood ash is high in pH, it can act as a liming agent and neutralize the acidity of soil. Upper Peninsula farmers typically purchase lime to improve soil conditions and increase their crop yield. So in a mutually beneficial arrangement, the university is transporting the wood ash directly to an area farmer who has the equipment and permit required to apply it on his field, as well as a proper unloading and storage location. It saves both parties money and extends the sustainability chain. The byproduct of burning a renewable resource to supply campus heat and power helps to enrich the soil that nurtures locally grown crops. Full Story 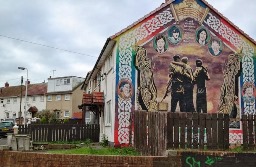 Greg Warchol and Bob Hanson (Criminal Justice) recently traveled to Belfast to research the Northern Ireland conflict, commonly known as the Troubles. They toured the city with a former member of the Provisional Irish Republican Army, learned about the opposing Loyalist paramilitary groups and met with a British soldier who was assigned to Belfast during the violent period.

“The IRA served as the model for a lot of modern terrorist groups,” said Warchol, who plans to incorporate what he discovered in his terrorism course. “It invented the car bomb and used plastic explosives. It established a structure of independent operating cells so if one were destroyed, you couldn’t link it to the others. It bought weapons from Libya and trained in Cuba and with the PLO in the Middle East. The IRA was well ahead of everyone and any terrorist study should start with that group. It was formed around 1912 to 1914 and came to the forefront in 1969. But some thought the original was ineffective and claimed the acronym stood for I Ran Away, so they branched off as the more extreme Provisional IRA.” Full Story 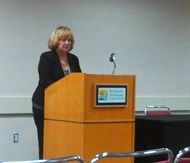 A senior consultant with the firm assisting the NMU Board of Trustees with the presidential search visited NMU for a series of meetings. Katherine Haley of Witt/Keiffer (pictured) participated in an open forum for faculty and staff on Thursday. A forum for students was held that evening. She also met with the presidential search advisory committee and small focus groups composed of students, employees and community members.

Haley was collecting input on the qualities the university values most in its president. This information will be incorporated into the materials being prepared for the national call for applicants. Haley asked questions related to special opportunities and challenges offered by NMU for its next president, the top five agenda items the next president should address and the qualifications and experiences that would enable the next president to be successful.