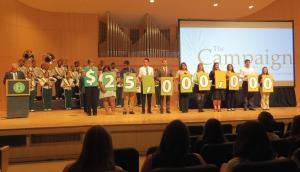 With the marching band providing a festive musical backdrop and students holding flip cards with eight figures preceded by a dollar sign, NMU officials revealed the $25 million fundraising goal for its “Campaign for the Students of Northern Michigan University.” The goal was announced at a gala Saturday night in Reynolds Recital Hall.

In the late 19th and early 20th centuries, opportunities for gainful employment in resource-extracting industries such as mining, forestry and fishing brought many Swedish immigrants with related work experience to the Upper Peninsula. The Hagberg family was among them, settling in Amasa in Iron County. Florence Hagberg-Hannewald was the oldest of five children in the household. As a teenager, she showed incredible resilience in overcoming a series of obstacles. First, breast cancer claimed her mother. After her father succumbed to poor health two years later, her youngest sibling was adopted by relatives in Illinois and separated from the family. Florence and the other children lived as orphans, or as she described it, “a Pippi Longstocking” type of existence. They were largely left to their own devices, but received critical help and guidance from key adults. Full Story 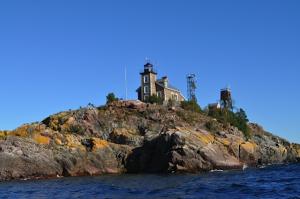 The Granite Island Light Station is once again being put to productive use by NMU. It is located about 10 miles offshore on Lake Superior and owned by Scott Holman, an alumnus and former NMU Board of Trustees chair who is a proponent of technology. Northern has used the island to relay its WiMAX signal to Big Bay, delivering high-speed Internet to remote Powell Township School. Now Holman has donated funds to purchase sophisticated weather equipment previously installed on the island by a University of Nebraska researcher and transfer ownership to NMU’s Earth, Environmental and Geographical Sciences department. Full Story

The NMU Foundation, in conjunction with the Campaign for the Students of Northern Michigan University, will be reaching out to the campus community this fall and asking faculty and staff members to give back to NMU. The fundraising drive begins this week and will run until mid-November.

“There are many ways to give and at many levels, including our new ScholarshipNOW option and estate planning,” said Martha Haynes (Advancement). “The exciting thing this year is that all gifts will help drive fulfillment of our $25 million campaign goal. Plus, the momentum that is created by faculty and staff giving inspires our generous alumni and friends to do even more for our students.” Full Story 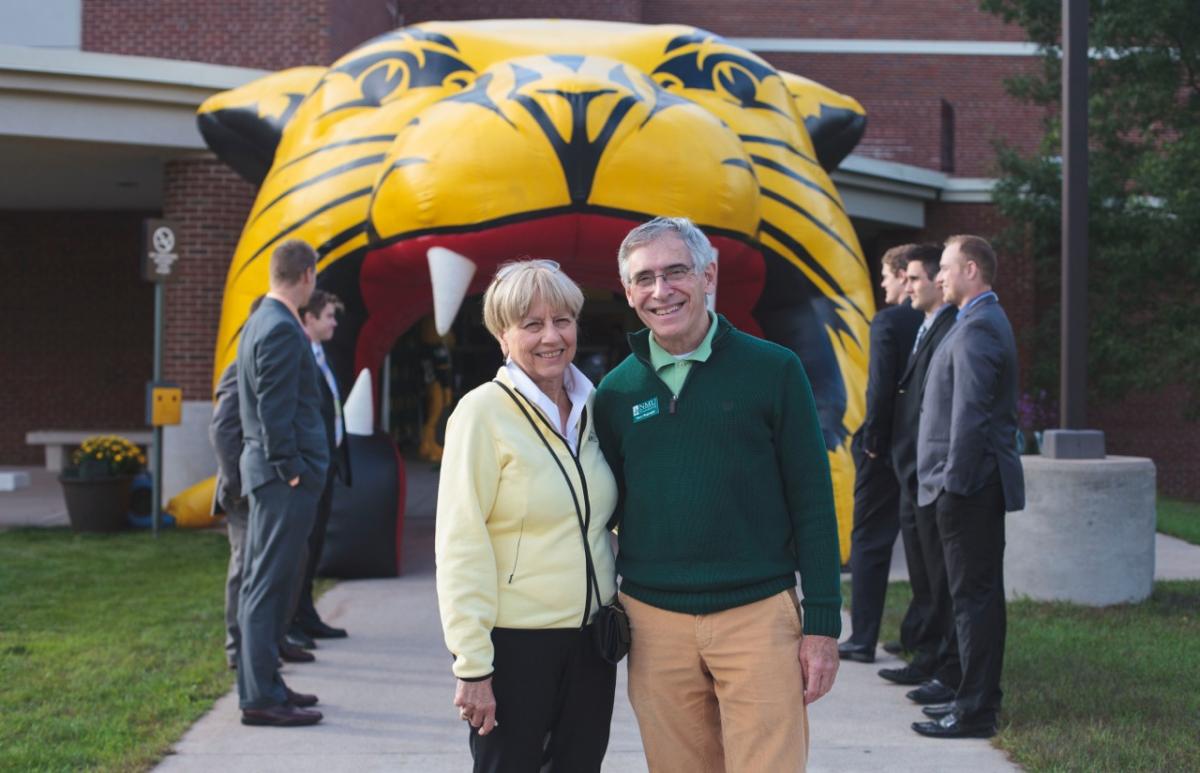 Professor Emeritus Diane Kordich (Art and Design) and Russell Magnaghi (History) epitomize the valuable role faculty and staff can play in Northern’s comprehensive fundraising efforts. The couple has contributed a series of financial gifts over the years that fulfill the needs of students and research in different departments.

Their most recent and substantial gift went to the Upper Michigan Brain Tumor Center. Established in 2005, the Center combines the clinical expertise of Marquette General Hospital with science research conducted in an NMU lab staffed by undergraduate students and master’s degree candidates. The lab’s focus is on glioblastoma multiforme, the most common and aggressive cancerous brain tumor. Full Story 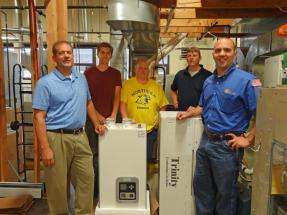 NMU students in the heating, ventilating, air-conditioning and refrigeration (HVACR) program will now have an opportunity to work on the type of full-modulating boilers that are becoming the industry standard. Swick Heating and Plumbing of Marquette has donated $5,950 in new equipment to the program for training purposes. Pictured are (from left): Swick Co-Owner Rick Gilles; students Eric Hanold and Kyle Ray; NMU instructor Ross Christensen; and Swick employee Adam Lavigne.​ Full Story 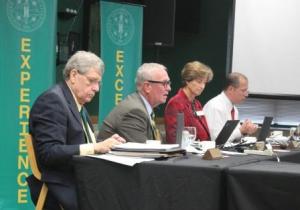 The Northern Michigan University Board of Trustees has secured an executive search firm and established a campus advisory committee to initiate the search for NMU’s next president. David Haynes’ interim appointment is scheduled to end June 30, 2014. Full Story

The Northern Michigan University Board of Trustees approved a $110.5 million general fund operating budget for the current fiscal year. The budget increased $2.5 million over last year, mainly because of contractual obligations and inflationary adjustments. For this and other board action taken at Friday’s meeting, read the Full Story.