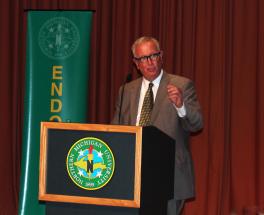 In his fall convocation, President David Haynes said Northern is a “smart investment” all around—for students and their families, donors, communities, government and public/private partners.

“To move forward, there are several things we must always keep in mind, and these are the messages I will be relentlessly driving home to our public officials, stakeholders and donors,” Haynes said. “NMU is providing higher education that is both affordable and a great value. Our faculty is advancing research and discovery in many disciplines. Our students are globally competitive and our alumni are spurring economic growth and entrepreneurism. We are committed to service, leadership and the betterment of the world around us. NMU is an economic driver that is preparing the workforce of tomorrow.” Full Story 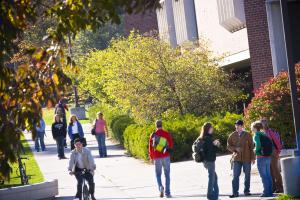 There have been a number of recent changes on campus, including reorganization, departmental/school name changes and physical office moves (see related story on the latter).

Several campus offices have moved in recent months. Most of the changes are related to reorganization (see related story) and impact Cohodas Hall and C.B. Hedgcock. For an overview of the changes in advance of the fall semester​, read the Full Story. 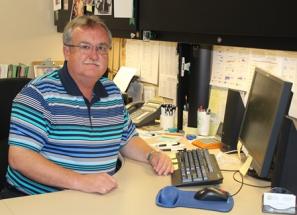 NMU has launched a new tool for academic advisers that combines all relevant data on one page and eliminates the need to pull up multiple screens through Banner. The advisee list on MyNMU now includes an enhancement called the Expanded Student Profile. The ESP provides faculty and staff members with each student’s photo, admission credentials, current GPA, English and math placement test scores, directory information, access to the student’s transcript and degree evaluations, and areas for general notes and meeting notes. The homegrown system has saved Northern from having to invest up to $100,000 in a similar commercial product. Full Story 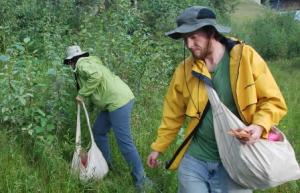 Ice ages over the past few million years caused glaciers to expand and sea levels to drop, intermittently exposing a section of sea floor between eastern Russia and northwest Alaska that became the Bering Land Bridge. This connector served as a migration route for humans, animals and plants. It had a significant impact on the biology of North America.

Kurt Galbreath (Biology) has received a $225,000 National Science Foundation grant to fund his role in a collaborative study on patterns of biological diversity established over the course of these climatic changes. He and two NMU students completed field work in Canada’s Yukon and Northwest Territories this summer. Future studies with colleagues from other institutions are planned in Siberia, the Great Lakes region and elsewhere in Canada. The overall goals are to explore how mammals, parasites and plants are distributed across the North American landscape and the historical processes that assembled these ecological communities. Full Story 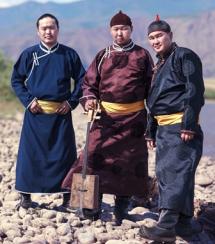 The Northern Nights 2013-14 season will feature seven diverse performances by artists from Tuva, India, Finland and the United States. The season begins on Saturday, Sept. 21, with Alash (pictured). This trio of master throat singers from Tuva, a tiny republic in the heart of central Asia, will perform at 7:30 p.m. in Forest Roberts Theatre. Their concert is part of the Uniting Neighbors in the Experience of Diversity (UNITED) Conference at NMU. More information on UNITED will be provided in the next issue of CAMPUS. To see the lineup of remaining Northern Nights events, read the Full Story.

Several NMU faculty members were granted tenure and/or promoted, with most taking effect today. All were approved by the NMU Board of Trustees. To see the complete list, along with other personnel changes, click here.