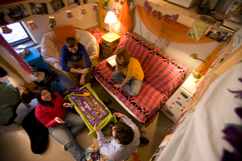 The NMU Board of Trustees has approved 2013-14 housing and dining rates. The annual cost of a standard double-occupancy room and the “constant meal pass” option will be $8,488, an increase of 3.5 percent over last year. NMU ranks 11th among the state’s public universities for its combined housing and dining rate, excluding fees that vary among institutions.

The board also authorized the university to continue in 2013-14 at a budget level no greater than the current year—with the exception of increases required by negotiated union contracts—until the state’s appropriation is determined and a new general fund budget is approved. For these and other highlights from today's meeting, read the Full Story.

The NMU Board of Trustees today agreed that the School of Education be renamed the School of Education, Leadership and Public Service. It also approved recommendations to create the School of Clinical Sciences and the School of Health and Human Performance. Also, the Sociology, Social Work and Anthropology department will be divided as follows: Sociology and Anthropology will remain together and report to the College of Arts and Sciences; Social Work will be a separate department reporting to the College of Professional Studies. All revisions are effective July 1. 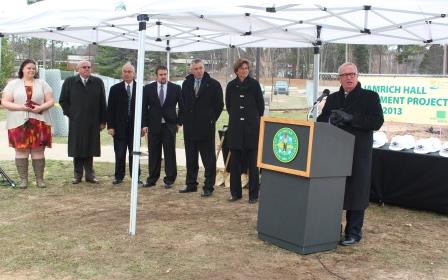 The facility will meet LEED certification standards set by the U.S. Green Building Council and replace the existing Jamrich Hall, where more than 40 percent of university classes are held. The new building will house classrooms and five academic offices: criminal justice, English, sociology and anthropology, social work and math/computer science. It is scheduled to open in fall 2014.

Recipients of the 2013 Distinguished Faculty Award for their university and professional contributions are Timothy Compton (Modern Languages and Literatures), Alec Lindsay (Biology) and Suzanne Standerford (Education). They were honored at a reception April 17 and will be part of the platform party at Saturday's commencement. Full Story 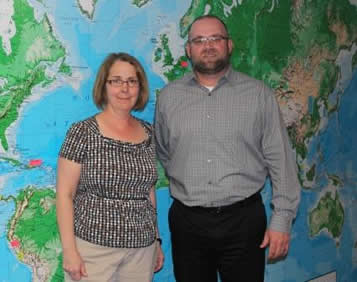 Political tensions between the two Koreas have resulted in the closure of an industrial complex in a North Korean border town. This severs the last economic ties between the countries, according to The New York Times. South Korea withdrew all of its remaining managers and officials from the complex this week. North Korea had pulled out all of its workers in early April to protest joint U.S.-South Korea military exercises, which ended Tuesday.

Some NMU students are in South Korea participating in Teach and Learn in Korea (TaLK), a scholarship program sponsored by the Korean government that enhances public English education in rural schools. TaLK, like all of Northern’s partners in international study, closely monitors potential emergency situations—from escalating political unrest to natural disasters—and has a safety action plan in place. The agency is communicating as needed with students in that location and with NMU’s International Programs office (pictured are Susan Morgan and new director Kevin Timlin). Full Story

One Book, One Community Selection Announced

The Age of Miracles by Karen Thompson Walker is the 2013 One Book, One Community selection. The program encourages Marquette County and the Northern Michigan University community to share the joy of reading and the free exchange of ideas through a common book. Full Story

ScholarshipNow Has Immediate Impact on Students

The new ScholarshipNow program approved by the NMU Foundation Board of Trustees allows donors to make a one-time or annual gift of $1,000 to eligible students. Gifts received by Dec. 31 will be advertised to students during the winter scholarship application period and be awarded the following academic year. Full Story 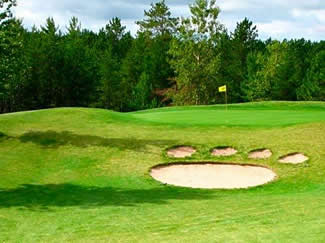 The NMU Golf Course was scheduled to open today. With lingering cool temperatures, it might not feel like golf season at the moment, but activity will soon heat up with two NMU outings—the Football Golf Classic and Blueberry Classic—an NMU league, twilight rates and a junior golf camp. Faculty and staff can also spread out the cost of a membership through payroll deduction.

The annual Football Golf Classic will be held on Friday, June 21. It will help the NMU football purchase or upgrade critical safety gear such as helmets, braces and shoulder pads for Wildcat student athletes. Individual registration is $100. The fee covers 18 holes with a cart, lunch and refreshments at the course and an after-golf buffet dinner/complimentary bar and awards presentation at the Waterfront. The four-person scramble format features challenge holes and will begin with check-in at 10:30 a.m. Full Story