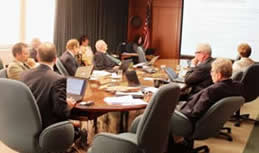 The NMU Board of Trustees today approved a 2013-14 tuition and fees schedule. The annual cost for full-time resident undergraduates will be $9,094, an increase of $328—or 3.75 percent—from last year’s rate of $8,766. NMU maintains its longtime rank as having the second-lowest tuition and fees among Michigan’s public universities.

“We’re also going to make a big adjustment to financial aid, increasing that by 6.6 percent, or nearly $1 million,” said Gavin Leach (Finance and Administration). “That offsets about a third of the tuition increase.” Full Story 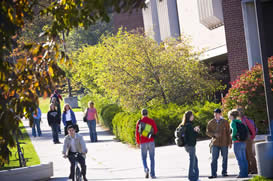 The interest rate for new subsidizedstudent loans through the federal Direct Loan Program doubled to 6.8 percent effective July 1. A Democratic proposal to extend the previous 3.4 percent rate for a year failed a second time on Wednesday in the Senate. Unless a compromise is reached, the increase will hold. It is a discouraging development for students planning to take out direct subsidized loans.

To gauge the impact at NMU, last year’s data shows more than 4,700 students received about $17.6 million, which equates to an average of about $3,700 per borrower. Full Story 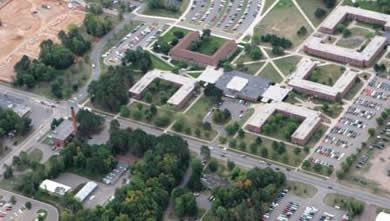 Discussions continue between Marquette city and county officials, Northern Michigan University representatives and local state legislators regarding the impact of the proposed truck route for the Eagle Mine in Big Bay, which currently directs traffic through the Wright Street and Sugarloaf Avenue intersection on the NMU campus.

An estimated 100 trucks per day are expected to travel along the route when the mine begins full operation. NMU administrators have met with the various officials to discuss the safety of student traffic in that area, the noise levels to the residence halls and the impact on the physical campus. Full Story

The U.S. Supreme Court’s recent declaration that the Defense of Marriage Act is unconstitutional should not impact NMU employee benefits, according to Ann Sherman (Human Resources). Because all union contracts already include “spouse or designated individual” in the definition of immediate family for benefits ranging from funeral leave and the Family Medical Leave Act (FMLA) to PEIF recreation passes, no adjustments are required. Full Story 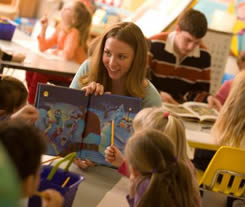 The College Database has released its list of the Top U.S. Colleges and Universities for Teaching Education. NMU ranks 46th nationwide, based on the number of degree programs designed to prepare students for careers in teaching, education administration, curriculum development and student counseling. NMU offers a reported 44 different teaching education programs.

“This is not a full review of our program, but it’s reassuring that what they use in part to determine these rankings supports the rigorous peer review process we go through on a state and national level on an annual basis for accreditation,” said Joe Lubig (School of Education, Leadership and Public Service). “Aside from strictly numbers of programs, it’s worth noting that we are sincerely working to address the high-need areas that have been identified on a national level: learning disabilities, languages and STEM (science, technology, engineering and mathematics). Eighty-one percent of the certificates we issued last year were in those areas. That’s huge.” Full Story 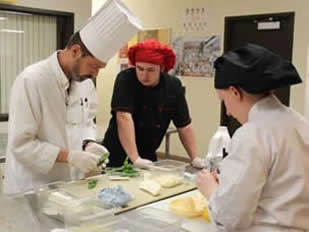 NMU provides the facilities and faculty—Kibit and adjunct instructor Andrew Sear. Students earn high school elective credits and potentially 10 NMU credits if they have a B or higher average in three subject areas and continue their education at NMU. Full Story 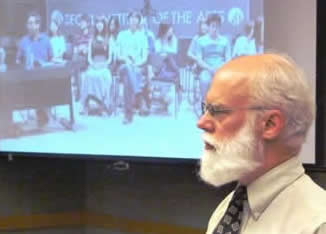 Charles Ganzert (CAPS, pictured) gave three presentations on audio recording via interactive television for the Seoul Institute of the Arts as part of its CultureHub lecture series. His partners in the collaboration were professors JiHun Chang, an NMU graduate, and Ho-Jung Kang, an interpreter and member of the Seoul Institute music recording faculty.

Ganzert assigned the Seoul students a project: edit down Psy’s “Gangnam Style” song—which accompanied a signature dance that went viral on YouTube—into a sound bed of 90 seconds or less. The group asked if they could also add a video to the edited music and Ganzert agreed. Full Story