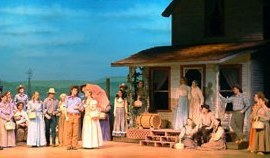 The following is information about a few scholarships available to students as part of the Communication and Media Studies Department. For additional information about Board of Control/Development Fund Talent Scholarships for up to $1,200, contact the Forest Roberts Theatre Box Office.

Origin: Established in 1998 by donations in honor of James L. Rapport.

Purpose: The award will recognize contributions made to the Forest Roberts Theatre by a full-time student who meets the minimum GPA requirements at Northern Michigan University.

Eligibility: Preference will be given to theatre majors, with subsequent consideration given to those who have performed on the Forest Roberts stage or worked in a backstage capacity. 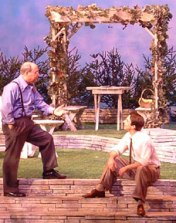 Award: A minimum of $500 per year. More than one category may be given in any year if funds allow.

Special: The first year's award will be awarded with $1,000 from funds donated in honor of James L. Rapport. Subsequent year's award will be funded from available earnings. This fund is to be endowed in perpetuity with only the available earnings being used to make awards in accordance with the NMU Development Fund's spending policy for endowed accounts. In the event that the scholarship becomes obsolete (i.e. the theatre program is dissolved), the corpus of the fund will be used in other areas of student need in the department of Communication and Media Studies at Northern Michigan University as directed by the executive committee of the NMU Foundation.

Origin: Established in 1998 with donations in memory of Forest A. Roberts.

Purpose: This fund will provide awards to full-time students at Northern Michigan University.

Eligibility: To be eligible for the award a candidate must be a full-time undergraduate student at NMU of a least sophomore standing. Candidates must have a minimum 3.0 NMU grade point average. Preference will be given to theatre majors who have sustained high quality contributions to theatre program and who have demonstrated generosity of spirit in their theatre activities, whether in performance or technical production. The theatre faculty will select recipients. 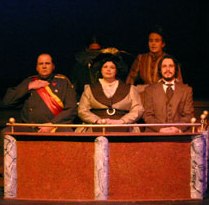 Award: A $500 Award will be given per year until the funds are exhausted. In the final year of the award, if there is less than $500, the entire amount will be awarded

Number: One per year until funds are exhausted. Not renewable.

Created: This scholarship was established with gifts made in memory of Forest Roberts.

Description: Established in 1962 by friends and relatives of Mrs. Mitzi Selin. She was active in the Marquette fine arts community and a strong supporter of the NMU theatre program.

The scholarship (amount varies) is given annually to a full-time junior or senior enrolled in the Communication & Performance Studies Department who has been active in the Forest Roberts Theatre program. Preference is given to students with a GPA of 3.0 or higher.