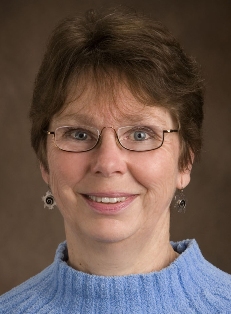 Nature is an integral part of our lives all over the country, but takes on a special veneer in Michigan’s Upper Peninsula. The natural landscape is encompassed brilliantly within Marquette along the North Country National Scenic Trail, also known as simply the North Country Trail. A portion of the North Country National Scenic Trail runs along Lakeshore Drive and bounds Lake Superior, running from the Welcome Center in Harvey up to Hawley Street before heading out of town to Little Presque Isle Point, Wetmore Landing, the Elliott Donnelley Wilderness and beyond. Blue blazes mark the path.

“I’m a member of the North Country Trail Association’s national Board, and got to thinking last fall about a book,” Jinkerson said. “I have two sons and three grandchildren, and they probably influenced my writing. There were no children’s books about the trail, and I thought, ‘Heck! I can write one!’” 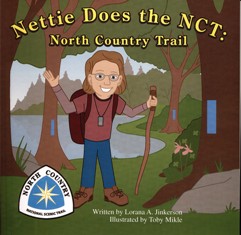 A deep love of nature and the trail inspired the book. “It started when I read a book by Richard Love, who wrote a book 3 or 4 years ago now, called Last Child in the Woods: Saving Our Children From Nature Deficit Disorder.” Jinkerson explained. “I bought it a while ago, and I was interested in the thesis that children are deprived from being in the woods. This was part of my motivation; it’s a fun thing to get kids excited to be out in the woods.”

Jinkerson has never written before, but holds a doctorate in Curriculum and Instruction with an emphasis in education technology and has taught education technology in the School of Education, Leadership and Public Service for twelve years. “Other than my dissertation, I have never written a book before,” she laughed. “I’ve had an idea for a novel for years, but I don’t really enjoy writing that much or have the guts to do it.” The trail served as her inspiration. “I’ve been working on the trail for three and a half years, and I just fell in love with it. I just got a brainwave, and I hope it gets some kids out there and enjoying nature.”