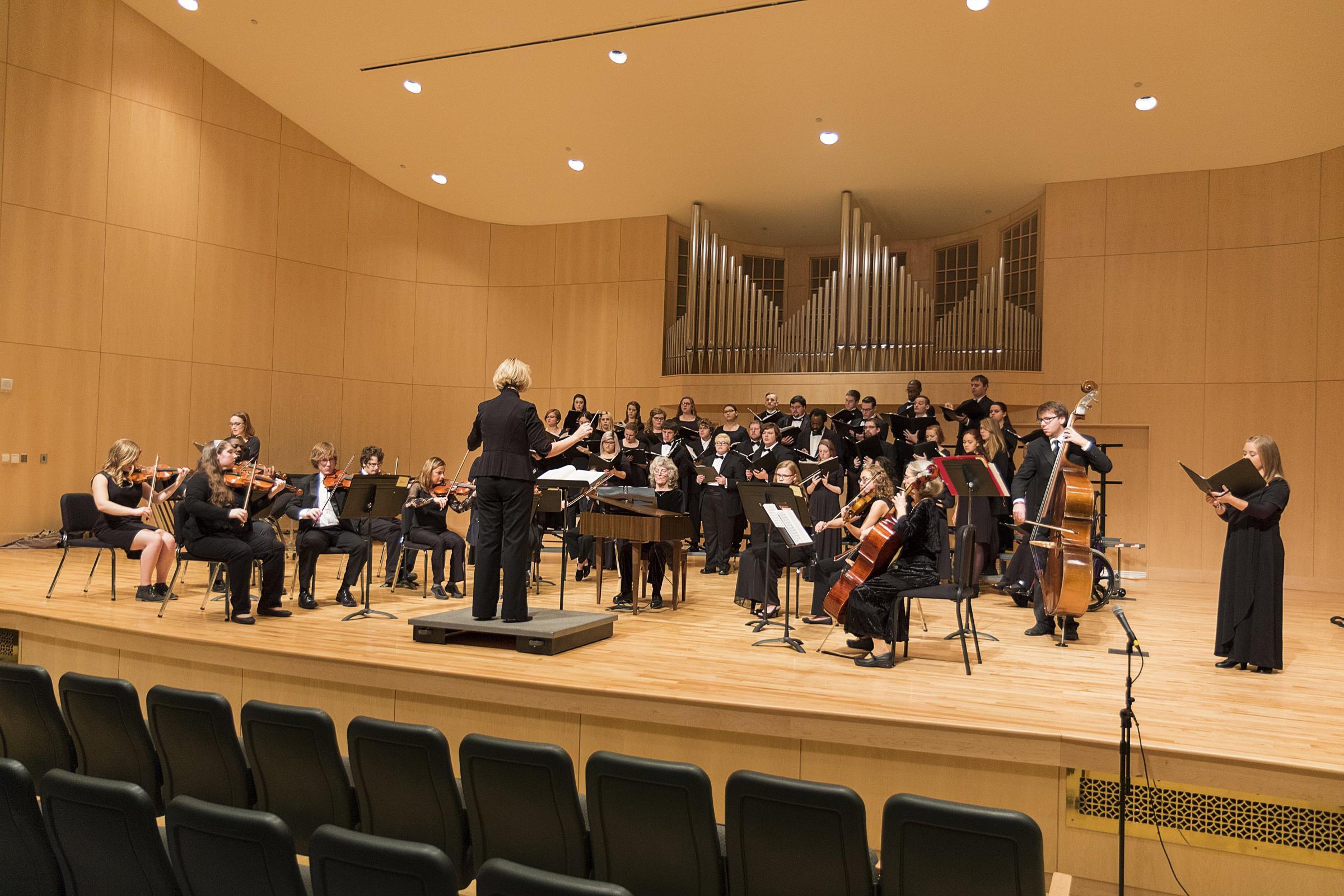 Named in honor of Phyllis and Max Reynolds, generous patrons of the arts, the 300-seat Reynolds Recital Hall is one of the premiere performance venues in the state of Michigan. Architecturally and acoustically,  the hall provides an unparalleled musical experience for both listeners and performers.  In addition to its exquisite natural acoustics, the hall's interior convex walls include a system of draperies which may be opened or closed depending on the type of music or ensemble. The hall itself thus contributes it's own nuances to each musical performance.

Located in the C.B. Hedgcock Student Services Building, the Reynolds Hall houses two 9' and 7' Steinway grand pianos and a three-manual Walker digital organ with 77 equivalent pipe ranks.  It is used for all departmental recitals and concert performances and is easily accessible to the department's teaching and rehearsal facilities.

Find this building on the campus map.
about_us