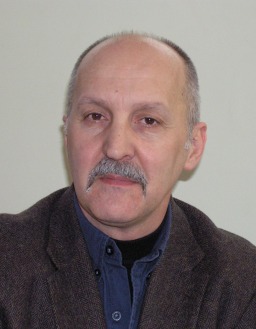 He attended the Art Institute of Boston majoring in photography and later earned a B.A. in Creative Writing from the University of Pittsburgh, Pittsburgh, Pa.  After several years of newspaper work and a stint in corporate communications, he moved to upstate New York where he was a freelance journalist from 1990 to 1997. During this period, he earned an M.A. in magazine journalism from the Newhouse School of Public Communications at Syracuse University and an M.S. in environmental science from College of Environmental Science and Forestry-SUNY.  He taught essay and magazine writing at Syracuse University and at Muhlenberg College and DeSales University in Allentown, Pa.

In 1997, he joined Rodale Press in Emmaus, Pa. as a senior health writer and member of a writing team that produced several books for the Prevention and Men's Health brands. He became a senior editor at Organic Gardening magazine until he left to pursue a fulltime teaching career.

“Waiting on a Train” was named by the Library Journal as one of the best books of 2009.  It also won a ForeWord Book of the Year Silver Award in the social science category.

He has just completed a biography of George Shiras 3d, a pioneering nature photographer and a seminal figure in the Progressive Conservation movement of the early 20th century. The book will be published in 2017 by the University of New Mexico Press.

McCommons is a member of the American Society of Journalists and Authors.