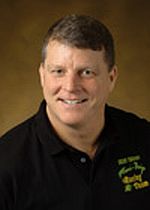 Motorsports can be dangerous, but since 1984 the accident injury rate has dropped almost 95 % in auto racing.  One Northern Michigan alumnus has been working hard to keep racers safe.

Curt Tucker (NMU 1982, 2008) is the president and founder of TEAMTECH Motorsports Safety, Inc., based in Saginaw, Michigan.  The company specializes in safety equipment ranging from patented increased visibility window nets, to patented seatbelt harnesses and hardware and the Tucker Head and Neck Restraint (patent pending), similar in function to the HANS device.  Tucker has also gone beyond making auto, boat and aircraft safety equipment to writing a race driver evacuation procedure manual and safety product test specifications.  He has also authored SAE technical papers and provided specialized services such as expert witness testimony and product failure investigation, solving numerous cases.  The company has also made specially designed emergency rescue air, radio and harness disconnect device for rapid egress for boat racers, and is working with NASA to provide seat and seat harnesses for the new version of the Apollo space capsule slated for manned travel to the Moon and then to Mars in the near future.

(Going to Northern) was a huge benefit right out of the box, because it taught me the foundations for everything I needed to know, and as the need to concentrate my efforts increased I had different professionals, scientists and engineers willing to mentor me along the way,” Tucker said.

Even though the specialists he learned from ranged from drivers to safety engineers and scientists, Tucker also called on NMU’s Professor Tom Meravi, one of the then (82’) “fearsome foursome” (Meravi, Hicks, Rigby and Cauley) of the Industrial Technology (now Engineering Technology) department.

“It seemed like once a month since 1982 I was in contact with Professor Meravi with different issues and he was an excellent mentor for me.  Meravi always found the answers to difficult manufacturing problems even when the engineers and scientists could not!” Tucker said.

Tucker now helps Northern Michigan University as a member of the Alumni Association Board of Directors, NMU Engineering Technology Department’s Advisory Board and mentors members of the NMU Baja racing team.

“I’ve had an exciting journey and especially since I’m giving back to the place that has given me the most, being connected with NMU is a great reward,” Tucker said.  “I’m still working and looking forward to the journeys ahead.

The Engineering Technology Department graduates many successful students each year who go on to have fulfilling careers in various industry positions. If you know of a good spotlight story idea, please e-mail engtech@nmu.edu.