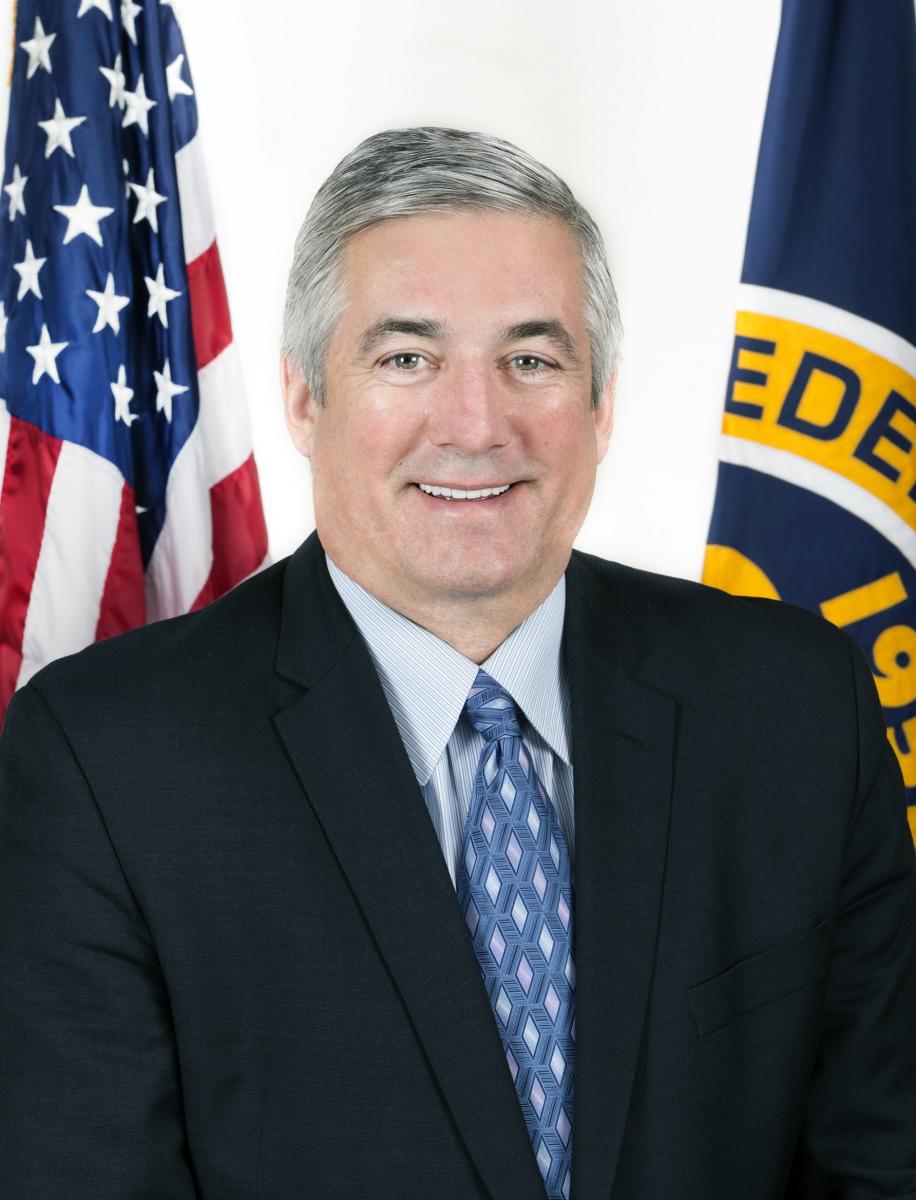 Barry West, chief information officer/chief privacy officer for the Federal Deposit Insurance Corporation (FDIC), will be the keynote speaker at Northern Michigan University’s spring commencement on Saturday, May 2. The NMU alumnus also will receive an honorary doctor of business degree.

At the FDIC, West oversees all information technology (IT) policy, cyber security, infrastructure operations and business modernization. He has more than 30 years of experience in the IT field. West previously served as chief information officer/deputy chief management officer for the Pension Benefit Guaranty Corporation; executive vice president for S.E. Solutions Inc.; cabinet-level CIO at the U.S. Department of Commerce; CIO at the National Oceanic and Atmospheric Administration/National Weather Service; and deputy director for the U.S. General Services Administration-Office of Electronic Government. Full Story

NMU’s newest retirees, along with employees who have reached years-of-service milestones, were honored at the faculty and staff recognition luncheon on April 14. Awards were also presented to distinguished teams, technology innovators and individuals recognized for excellence in service. This year’s event featured an intergenerational aspect, with a father and son on separate award-winning teams. John Timonen (Plant Operations), a steam plant operator and control technician, was among those honored for transitioning the Ripley Combined Heat and Power Plant to a new system. John Timonen Jr. is a student employee who was honored with the Jamrich Hall custodial staff. Full Story NMU students in a social work policy analysis class are gaining valuable insight on social welfare policymaking and the impact of related budgetary decisions from professionals working in those key areas. State Rep. John Kivela (pictured far left with the class) recently attended a session to discuss the key steps involved in policy development from the legislative perspective.

Patricia Cianciolo (Social Work) regularly invites guest speakers to the class, which is offered the second semester of the students’ senior year. "As an educator, it’s hard to keep up with what’s happening on the front line with every policy area because the context is changing so quickly," she said. Full Story Northern’s cultural landscape has expanded with the debut of new series designed to introduce students to classical music through world-class performances. This inaugural semester included Royal Opera and Royal Ballet productions filmed in London and projected in Jamrich Hall’s state-of-the-art auditorium. The internationally renowned Altius String Quartet from Colorado also participated in a residency on campus that featured workshops, impromptu performances in various locations and an evening concert. Pictured is a scene from the ballet, Manon (Royal Opera House photo by Alice Pennefather). Full Story “I’m honored to serve the Upper Peninsula and the state in this capacity,” said Erickson, whose term on the committee will end in 2023.  “This appointment fits well with Northern’s mission to support Marquette, the Upper Peninsula and Michigan. Throughout my career, I have always taken an interest in economic development work and have been fortunate to work on building many collaborative partnerships for the purpose of economic growth. I hope those past experiences will help me bring valuable insight to the table in this new role.” Full Story

Beaumier was born in Escanaba. He retired in 1998 from the Mayo Clinic in Rochester, Minn., where he served as a director of orthopedic evaluation. Full Story Northern Michigan University President Fritz Erickson said, “It was an honor to have Governor Snyder recognize the leadership role that the U.P.’s colleges and universities play in helping the region overcome obstacles and forge into new economic, cultural and technological frontiers and, in doing so, set an example of how to work collaboratively for the betterment of Michigan.” Full Story Shawn Davis (CAPS) and other recreational rock climbers are engaged in a novel collaboration with biologists to identify the locations of western North American bat populations. He spent part of NMU’s spring break at a meeting of Climbers for Bat Conservation in Fort Collins, Colo., where attendees discussed steps for expanding and refining the project. Monitoring the whereabouts of bats is especially important because their populations have declined to unprecedented levels attributed to wind energy development and new diseases.

Biologists at Colorado State University (Davis’ previous employer) theorize that many bats are roosting in vertical cracks and crevices in rock walls—a plentiful feature in the state—rather than in cave systems or old mines. They decided to partner with rock climbers, who are uniquely qualified to report on roosting sites in hard-to-reach places. Full Story Cody Norton, an NMU graduate student in biology, still has the elementary school journal in which he first expressed his desire to become a DNR officer. The Marquette native and avid outdoorsman knew he wanted to work with wildlife. He gained a preview of his dream career by participating in an Upper Peninsula study on how predators impact the survival of white-tailed deer, particularly vulnerable fawns in the spring/summer, and how predation is influenced by other factors such as winter weather and habitat food supply/cover. All of this is critical to proper deer herd management.

“Coyotes kill more adult does and fawns than wolves, bear or bobcats,” Norton said. “That may be surprising to most people in the U.P., but when you break it down, it makes sense.” Full Story