The Northern Michigan University Board of Trustees approved the addition of four intercollegiate varsity sports, all at the Division II level. Women’s golf and men’s swimming and diving will be implemented next fall. Women’s lacrosse and men’s soccer will follow in 2016.

In a presentation to the board, Forrest Karr (Athletics, pictured) said the sports will attract 92 full-time students. ​Full Story “June and I have always felt that NMU and Marquette are really our home,” Jamrich said. “This visible marker on campus reinforces that feeling. I just stand in awe of the opportunities technology has bestowed upon us. Back when I was president, overhead projectors and VCRs were considered cutting-edge. Our sincere, heartfelt appreciation goes out to those who played a role in creating this showcase campus facility.”  Full Story A new biography titled John X. Jamrich: The Man and the University was presented to the 94-year-old president emeritus at last night’s official dedication of Jamrich Hall. The well-timed gift was written by university historian Russ Magnaghi, with electronic publishing assistance from student James Shefnik. All three are pictured reviewing a copy at the history department offices in Cohodas Hall. Jamrich was the eighth president of NMU, serving from 1968 until he retired in 1983. His tenure was marked by tremendous growth in enrollment, academic programs and community outreach. Full Story 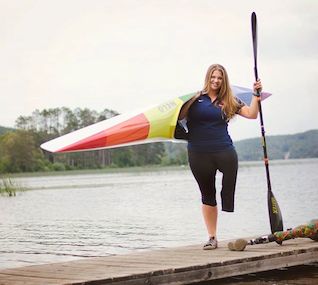 Despite a rare birth defect that requires her to wear a prosthetic left leg, NMU freshman and parakayaker Kelly Allen considers herself lucky and wouldn’t change a thing. In fact, she says her disability “has opened more doors than it closed.” That bold statement is delivered with Allen’s signature can-do spirit and infectious enthusiasm. It is also backed by a long list of athletic and personal achievements. Her dream is to add at least one more: 2016 Paralympian.

Allen was introduced to parakayaking while a student at Kingsford High School. She began competing in the Extremity Games, an adaptive sporting event for athletes with amputations or limb differences, and earned five gold medals over seven years. She has since been inducted into the Athletes with Disabilities Hall of Fame as a Rising Star and was selected to be a youth ambassador at the Vancouver Winter Paralympics. With Team USA the past three years, Allen has recorded two first-place finishes in the U.S. Team Trials and three top-10 finishes in the ICF World Championships. Her volunteer service teaching disabled veterans how to kayak helped to earn her a spotlight in actress/comedian Amy Poehler’s “Smart Girl” video series. Full Story 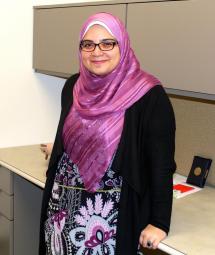 As students in Hagar Eltarabishy’s classes learn about Arab culture and literature, some are challenging their preconceived, media-influenced notions about the Middle East. Others have expressed surprise at how easily they can relate to universal themes expressed by foreign writers and filmmakers because they transcend societal, political or religious differences. Eltarabishy is a Fulbright alumna from Egypt’s Ain Shams University. She is spending the fall semester at NMU on a teaching fellowship through the College of Arts and Sciences.

“My first aim is to decompose the Arab identity, which is about much more than religion and war,” she said. “I want to share with students the humane side—what they don’t see in the news—through personal stories from the Arab perspective. On the first day, I asked students how they developed their impressions of the Middle East. All agreed it was from the media or someone who has known a person from there. Some students had never heard of the Arab Spring (a wave of revolutionary protests that began nearly four years ago). I blame not only Western media, but ours as well, for too much attention on negativities.” Full Story 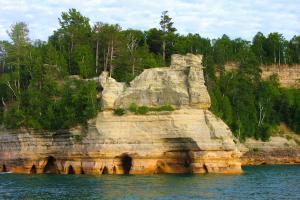 A symposium celebrating the 50th anniversary of the federal Wilderness Act’s passage will be held from 1-5 p.m. Friday, Oct. 10, in Mead Auditorium in the West Science Building. The event will include presentations by several agencies that manage federally designated wilderness and other wild lands in Michigan, a panel discussion with all representatives on the challenges facing wilderness in the 21st century and displays outside the auditorium. The symposium is sponsored by the departments of Biology and Earth, Environmental and Geographical Sciences. It is free and open to the public. ​Full Story