NMU Presidency Rests with Board

With all four presidential finalist campus visits and related feedback sessions completed as of today, NMU Board of Trustees Chair Rick Popp said the board is looking to make its final decision as soon as possible and prior to its next regularly scheduled meeting May 1-2. “The final decision will be in a public forum and will include a public vote by the board members,” Popp added. The date, time and location of the forum are to be determined. 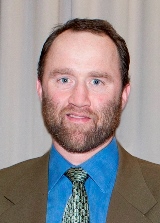 Alec Lindsay (Biology) is one of three faculty members selected from the state’s public universities to receive a Michigan Distinguished Professor of the Year Award. He was honored at an April 11 Lansing luncheon hosted by the Presidents Council State Universities of Michigan.

“I’m very humbled,” Lindsay said. “A large part of the success I’ve had can be attributed to the support I’ve received from my colleagues, staff and administrators at Northern. I have also benefited from associating with great students in my lab and in my courses. There are many other people deserving of this award, so it is a tremendous honor.” Full Story

The House and Senate Appropriations Higher Education Subcommittees have approved their respective budget bills. The House is calling for a 5.4 percent increase in state support for Michigan’s public universities. According to Gongwer News Service, that is $5 million less overall than the Senate’s approved 6.1 percent increase, which mirrors Gov. Rick Snyder’s recommendation. The Senate bill includes $500,000 to partially offset the state funding shortfall for the North American Indian Tuition Waiver.

All three proposals require universities to limit any tuition increases to 3.2 percent or less in order to receive any new performance funding provided in the recommendation. Each school’s appropriation would vary according to a modified version of the performance funding formula adopted in the fiscal year 2014 budget. Under the governor’s and Senate proposals, NMU would receive a performance increase of 6.3 percent, or $2.6 million. Its current state appropriation is $41.7 million. 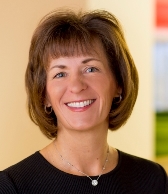 Kraft Executive to Speak at Commencement

Teri List-Stoll of Chicago, executive vice president and chief financial officer for Kraft Foods Group, will be the keynote speaker at Northern Michigan University’s commencement ceremony on Saturday, May 3. She also will receive an honorary Doctor of Business degree. She graduated from NMU in 1984 with a bachelor’s degree in business administration. 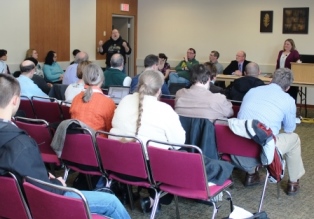 The new general education proposal includes written English and mathematics competencies as university graduation requirements and eight measurable learning outcomes. It is intended to improve upon the existing liberal studies program, which was described as outdated, complicated and difficult to assess. The committee charged with the task presented its proposal at a recent campus forum to gather final input before submitting it to the Academic Senate for approval.

The English and math competencies—particularly the latter—generated the most discussion, in part because they were not included in earlier models presented for campus feedback. Jill Leonard (Biology) explained the rationale for adding them: Full Story 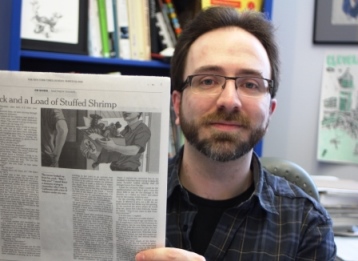 Being commissioned by The New York Times to create a visual to accompany a prominent story in the paper is a major coup for any illustrator, so Steve Hughes (Art and Design) was eager to oblige. The high-profile placement is the latest in a string of achievements for Primary Hughes, the name he’s given his illustration enterprise. Another is his portrait of William Cutting, the butcher character played by Daniel Day Lewis in Gangs of New York. The painting was purchased by Martin Scorsese after a New York art show that paid tribute to the acclaimed director’s movies. It also has received a silver award from the Society of Illustrators of Los Angeles and appeared in SILA’s 52nd annual Illustration West exhibition in March. Full Story 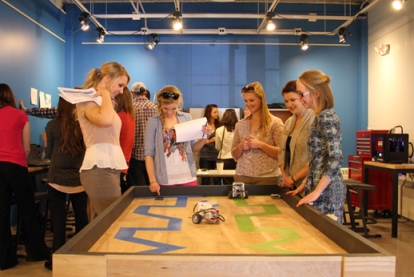 Research suggests that young people progress through three stages of learning with digital media: they “hang out” with peers in social spaces; they “mess around” or tinker with technology to explore ideas, play games and create projects (videos, art, photo galleries); and they “geek out” in online groups that allow them to delve into their core interests. This hang out-mess around-geek out (HOMAGO) philosophy is the basis for a growing movement to create transformative learning spaces outside of traditional classrooms.

NMU has joined the effort with its new Digital Learning Design Lab in West Science. The room is equipped with 3D printers (pictured), iPads, Go Pro cameras, robotics, a machine that sews circuitry into clothing and other devices that will help education students and practicing teachers more actively engage youth. The lab was supported by a $100,000 gift to NMU in honor of alumnus and former teacher Florence Hagberg-Hannewald. Full Story 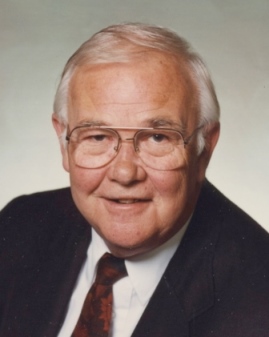 A public memorial celebrating the life of former NMU President William E. Vandament is scheduled from 1:30-2:30 Monday, April 21, in Vandament Arena. It will feature the pep band, remarks from university and community representatives and the presentation of a plaque that will hang in the hallway outside the arena named for NMU’s 10th president. Vandament passed away last April at the age of 81. He started as a psychology professor before embarking on a long career as a university administrator. Full Story 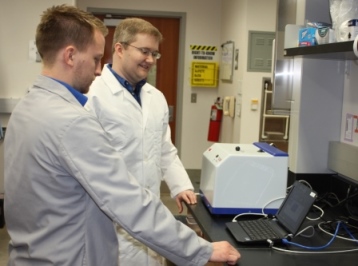 Josh Sharp’s (Biology) lab is now equipped with an MIT 1000, a laser-based bacteria detection system that can identify pathogenic bacteria in three minutes on average at significant cost savings per test. The system was developed by Micro Imaging Technology Inc. in San Clemente, Calif. It will be used in collaboration with NMU to differentiate between the common Staphylococcus aureus and the “superbug” known as methicillin-resistant Staphylococcus aureus (MRSA). Staph infections can range from mild skin problems to potentially fatal conditions if the bacteria invade deeper into the body. Most can be easily treated with antibiotics or by draining the infection. Some are drug-resistant. The faster the responsible bacteria can be identified, the faster the appropriate treatment can begin.

“This project has important implications in healthcare and also provides a unique educational opportunity for NMU students,” Sharp said. “The aim of the collaboration project between my lab and MIT is not only to develop this technology to detect S. aureus  and MRSA, but down the road, other human pathogens as well. We can now gain experience in using the system, which will also aid in writing collaborative proposals for grants offered by the National Institutes of Health, U.S. Department of Agriculture and other sources.”