At Tuesday’s campus forum, NMU President David Haynes and others updated employees on the impact of the federal sequestration on the university (see separate story) and the new Michigan House budget proposal. Haynes also briefly summarized findings of the first phase of the NMU branding study. Full Story 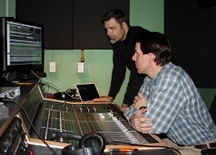 Some NMU programs have been or will be impacted by the federal sequester—the series of automatic, across-the-board spending cuts imposed when Congress failed to pass an agreement on how to reduce the national debt by the specified deadline of March 1.

Gavin Leach (Finance and Administration) outlined the NMU impacts at Tuesday’s university forum. An immediate cut of 5 percent to the Corporation for Public Broadcasting equates to a loss of $37,000 in service grant funding for WNMU-TV and $7,000 for WNMU-FM. Eric Smith (Broadcast and AV Services) and his staff need to address the budget shortfall in a short period. Smith said they have been looking at a combination of cutting costs and raising revenues.

The Academic Senate and provost approved phase-one recommendations from the Liberal Studies Task Force. Larry Pagel (Business), chair of the Academic Senate, said it was suggested the name shift from liberal studies to general education to align with the trend at other institutions in Michigan and nationwide. The approved proposal establishes a process for setting outcome goals and objectives that align with national Liberal Education and America's Promise (LEAP) standards for general education courses and allows for the periodic assessment of those courses. Another recommendation was to establish a General Education Council composed of two administrators and seven faculty representatives elected to serve on a rotating basis—two from the College of Arts and Sciences, two from the College of Professional Studies, one from the College of Business/AIS and two at-large members. Full Story

The initial test burn for the new biomass facility adjacent to the Ripley Heating Plant was conducted recently and "went very well," said Gisele Duehring (Facilities). The burn lasted about eight hours and involved roughly 10 tons of wood chips, or about one-third of a truckload. "The predominant purpose of this burn was to test the firebox (furnace), ascertaining fuel-grate operation and air flow," she added. "So temperatures were relatively low and no substantial steam was produced. The next test burn is scheduled the week of April 1 and will include steam production and control, though none will be sent to the turbine during the second test burn." When opened in late May or early June, the facility will provide 87 percent of NMU’s steam consumption and 16 percent of its electricity needs. 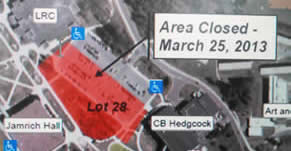 The New Jamrich Hall project is scheduled to begin the week of March 25. Site-preparation activities will close about half of parking lot 28 between C.B. Hedgcock and the Learning Resources Center through the end of the semester. The entrance will eventually close and the entire lot will be fenced off in May as the project progresses. Faculty and staff are encouraged to use alternate lots near the buildings, as identified on this map. 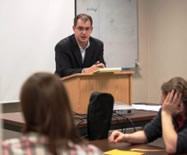 The NMU Alumni Association this week hosted an inaugural program titled “WildCATS: Connecting Alumni to Students.” NMU graduates who serve on the Alumni Association board returned to campus to share their advice, life lessons and professional experience. They interacted with students through classroom visits, Skill Builders workshops, meetings with student organizations and networking events. Pictured is Jeremy Pickens, an attorney with Plunkett & Cooney. He led a Skill Builder that offered tips for renting an apartment.” Full Story

The Beaumier U.P. Heritage Center at NMU will open an exhibit on the importance of historic preservation in the region and host an evening of stories and songs inspired by the Upper Peninsula. Both events are scheduled for April.