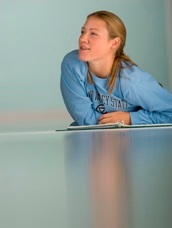 The academic proficiency policy defines the academic standards students must meet to be considered academically successful at NMU. Poor progress toward a degree can sometimes impact eligibility to remain at NMU and possible financial aid resources. Students with an NMU GPA at, or above, 2.00 are considered in Academic Good Standing. Students with a GPA below this level will be placed on probation and may have to meet certain semester GPA requirements to remain at NMU. Students are asked to sign a Warning or Academic Probation Agreement Form that further outlines the details of their probation.

Students are notified of their academic status in their MyNMU grade report at the end of each semester. Any questions regarding academic proficiency should be referred to the Academic and Career Advisement Center.

NOTE: If a student is suspended or dismissed, and subsequently returns to NMU, the student will not be placed on WP; if the student’s NMU GPA remains below 2.00, they will be placed on AP, regardless of the GPA.

This table provides a quick reference to the semester GPA that students on academic probation must attain to remain at NMU.

*If enrolled in only one course, you must attaint a 2.00 semester GPA or higher (1.80 GPA can only be achieved through an average of grades from more than one course).

All academic suspensions from NMU are for one calendar year. Suspended students have the right to appeal to return early.

Students who are academically dismissed from NMU may not appeal for one calendar year from the date of their dismissal and an appeal must be approved by the Admissions and Academic Policies Committee before the student may re-enter the university.

All appeals are presented to the AAPC by the academic proficiency officer in the Academic and Career Advisement Center, who can be reached at 906-227-2971. It is important for students to discuss their appeal with this staff member.

A student's financial aid eligibility at NMU, at the time they are suspended or dismissed, is immediately voided.  To have eligibility restored, a student must either: